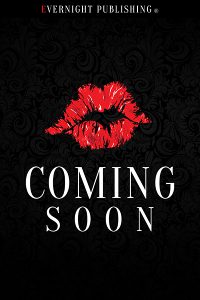 I am happy and excited to announce that I signed a publishing contract yesterday for my first novel, From Lightning to Love, with Evernight Publishing.

I am a new M/M novelist who writes about real men in real relationships. Into my thirties, I realized I was attracted to men, but I have also loved women. I have a naturally strong sense of empathy for all living things, and I have been an astute observer of interpersonal human relationship dynamics, the relationships between humans and animals, and the ensuing bonds that have developed between them.

I have extensive experience in trauma and emergency care and have worked as a medic for over twenty years while supporting my country, its citizens, and the military men and women in the armed forces in various capacities. Over the course of my career, I have seen more than my share of pain and suffering, not only from injuries and illness, but also from ignorance, discrimination, and prejudice. Now retired from the field, my fictional writing draws on my life experiences to share the stories, personalities, strengths, and weaknesses of the many, many people and animals I have known and met along the way.

I hopes I do them justice.